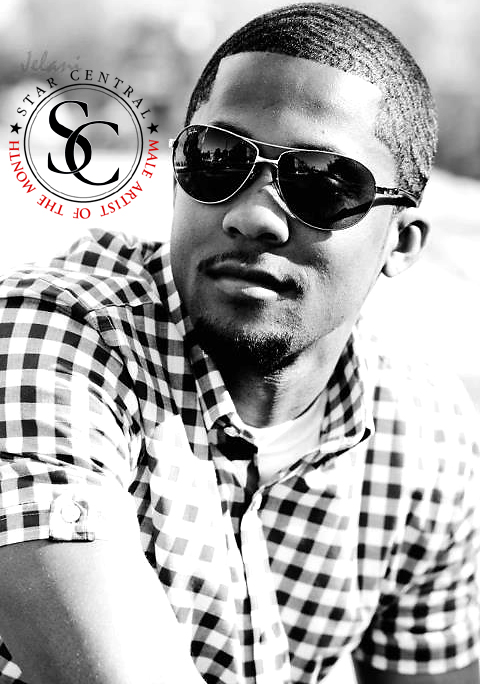 “I love the way I feel when I’m singing/performing. I just let loose and let the music take over.” Watching Nathan Brown, aka Jacobi, sing will leave no one in doubt of the truth of that statement. He not only sings the words, but he feels them. “When you see me sing or perform, you will know that I’m feeling it because the expressions I have are priceless.” And it is this evident love for the music that has earned Nathan the title of StarCentral’s ‘Best Male Artist’ for July 2012.

Singing in church since he was 6 years old, performing is nothing new to Jacobi. But his first public performance wasn’t until his high school graduation in 2007. “I sang “Let Go” by Dewayne Woods, and played the piano,” and since then, there was no stopping him. For him, his most memorable performance was in 2010 when he sang at the ‘Art of Musiq’ talent show in Atlanta, Georgia, USA. “It was the first time I ever sang one of my original songs publicly, and I won first place!”

The R&B singer/musician/songwriter credits Michael Jackson for inspiring him not only musically, but how to be a performer as well. “I’ve always connected with him and his music. Growing up, I used to imitate Michael, from his dance moves to his voice (still do it now). His interpretation of music is one of the main reasons I love performing. He is the most innovative performer/artist to walk the face of this earth, in my opinion.” Clearly, Nathan has taken the lessons he’s learned from Michael Jackson to heart as his YouTube channel , “Nathan Brown a.k.a. Jacobi” has garnered over 51,000 views and has nearly 450 subscribers. He has also been named as a Sony Sound and Image Showcase Global Emerging Artist.

Nathan aims to be in music industry for a very long time, performing for audiences around the world and to continue to make “…music for the rest of my life… I want to leave a good impression on those that listen to my music and see me perform.” But the Alabama State University graduate (he graduated with a degree in Computer Information Systems) knows that this will not be an easy road. “There have been plenty of times that I felt like giving up because it seemed as though nothing would ever happen. But overtime, I’ve realized that if it’s meant for me, it’ll happen…. The most valuable lesson I’ve learned is to NEVER give up on a dream!”

Armed with his impressive talent, drive and positive attitude, Jacobi will be one artist to watch out for.