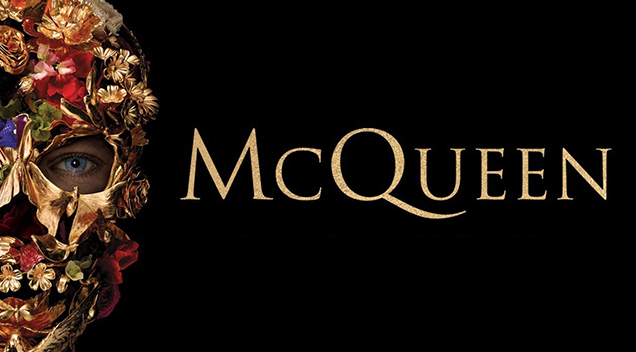 Alexander McQueen is one of most renowned names in fashion and is known for their provocative catwalks.  The designer, Lee Alexander McQueen is dubbed to be “Fashion’s bad boy” who disrupts the highly prestigious fashion industry by storm in the early 1990’s and early 2000s. With his modern cuts and forward-thinking silhouettes, he pushed the boundaries of what elegance is and set a precedent of innovation and meticulous craftsmanship.

Due to the controversies surrounding his designs and his enigmatic persona, there is much debate surrounding his legacy. He was demonised by the media for being a misogynist who let his models walk down the runaway as if they were tormented or “L’Enfant Terrible who ruffled the feathers of Parisian haute couture.” In a marvellous attempt detach the myth from the person, Director Ian Bonhôte paints an intelligently nuanced portrait of Alexander McQueen who has the audacity to challenge the pretentious conventions of the high fashion.

Even in his humbling beginnings, McQueen is the very antithesis to many haute couture designers, from his bumbling demeanour and his seemly “unsophisticated” attitude. From his working class, East End accent, overweight, cherub-esque built and although he is a fashion designer, he came to work wearing an oversize button-down t-shirt and pants. The fashion industry did not accept him because he does not fit the mould of the sophisticated designer. But yet, he is the most talked upcoming fashion designer in the fashion industry in the early 2000’s.

Throughout the documentary, Director Ian Bonhôte planted a notable motif that embodies the dark and edginess of McQueen; the Skull.  Bonhôte divided the film into “tapes”—similar to the archival footage/ home videos showing Lee, along with his raw design talent in all its glory. Depending on the tapes whether it was his debut collection, “Highland Rape” or Voss, arguably the runaway that said to be the climax of his success, the Skull corresponds to the aesthetic of his collections. A little visual cue that is very unique in itself!

Through the intimate interviews with McQueen’s closest friends, it dismantles the myth and tackles head-on who actually is an ordinary man who has extraordinary talent and had perfect his craft through hard work and perseverance. However due to the pressures of the fashion industry, fame, money, he lost most of himself and what he stands for. The film shows that gradual transition from that once flamboyant, cherub-like of a man that becomes a shell of his former self, ironically adhering to the fashion designer archetype, which eventually leads to his demise, which resulted in his suicide in 2010. What is also noteworthy is that the film also makes clear links between his personal life and his collections, the angrier and darker he got in his personal life, the more twisted and contorted the clothing.

Lee Alexander McQueen, a sculptor of a beautifully grotesque aesthetic who wears his heritage on his sleeves and never forgot where he came from, did not cease to challenge the status quo of the fashion industry. His legacy is forever honoured in the portrait of Ian Hou’s new documentary.