Fresh from beating Conor McGregor in Las Vegas on October 6 2018, Khabib Nurmagomedov is currently the reigning undisputed UFC lightweight champion and he is coming on his first ever trip to Australia for AN EVENING WITH KHABIB at the Palais Theatre in Melbourne next month on Friday 11th January 2019.

Khabib holds the longest undefeated streak in MMA with 27 wins and remains undefeated in professional MMA at the moment so he’s a machine. He is 30 years old who hails from Dagestan in Russia. He’s also married with two young children under 4, is a devout Sunni Muslim and speaks several languages including Russian, English, Turkish, Arabic and Avar.

If you want to catch Khabib live then click on this link: Khabib down under 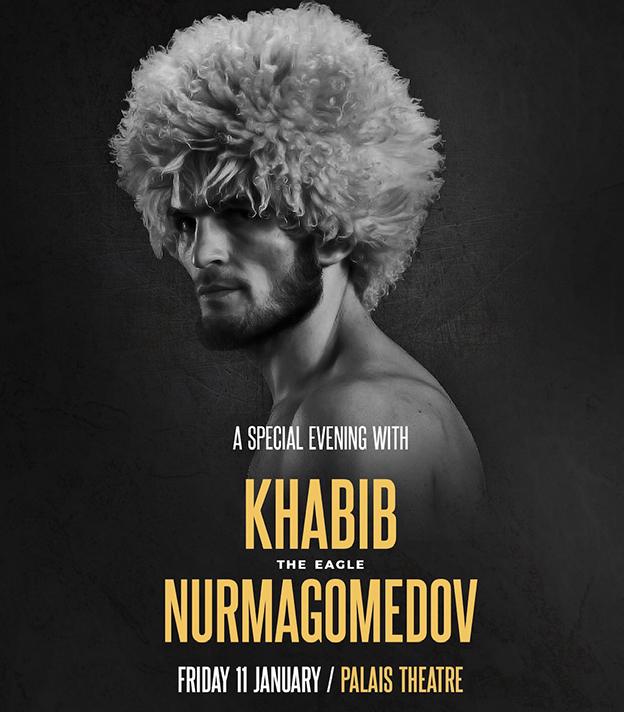