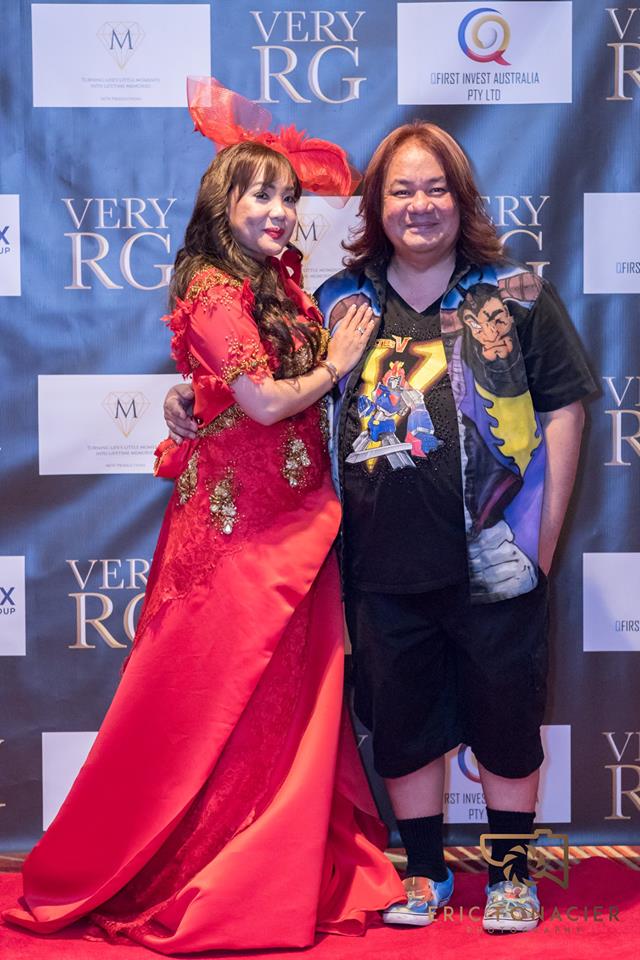 Avant-garde fashion was in full fruition when Rocky Gathercole, a famous Filipino fashion designer who has dressed the likes of Jennifer Lopez, Nicki Minaj, Paris Hilton, Britney Spears, Jason Derulo, and Katy Perry, has decided to showcase his collection at the Hilton Sydney on the 1st December. From his humble beginnings as a street kid to a fashion designing genius – his story is a classic rag to riches story and an aspiration to many fashion designers. He recently debuted his brand new collection in Australia, which he described as “shape-shifting and feminine.” 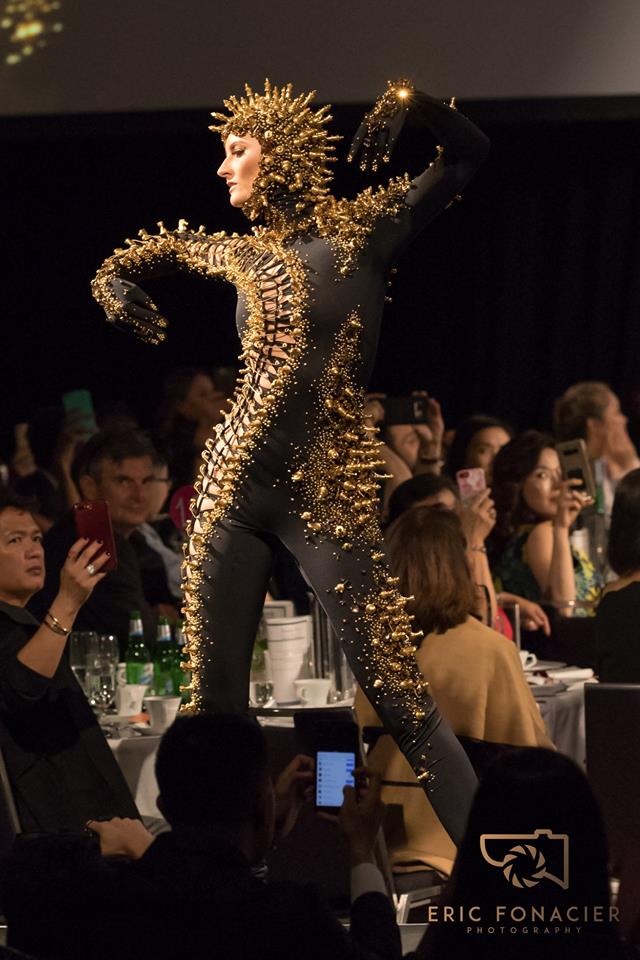 Together with his producers, Marites Novis, and Dr. Leo Bello, Rocky helped raise funds for a cause close to his heart due to the adversity he endured when he was a young adolescent. The charity is called Destiny Rescue which is a not-for-profit, faith-based organization that focuses on combatting child exploitation and sex trafficking and around 1000 of these children are in the Philippines. Recently, the charity was on the Dateline, “How to Catch a Pimp.” Together with Dateline, Destiny Rescue and the Philippines National Police saved 67 women and 11 minors at a brothel that was owned by an ex-politician. 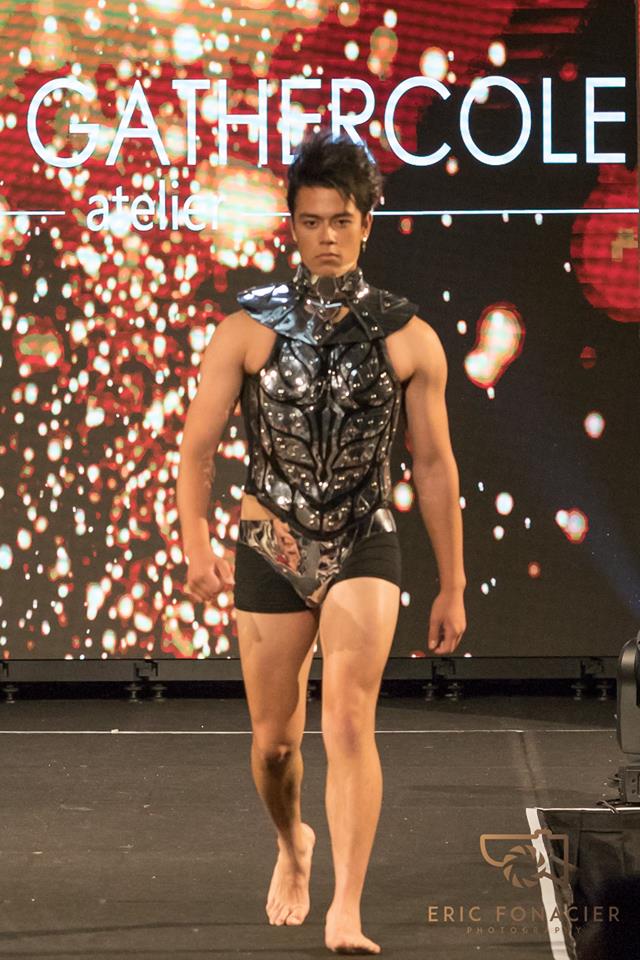 This event was a two-year affair where Marites’ persistence and determination was the result of Rocky finally agreeing to a fashion event in Australia. She believed in his story and wanted to make this charity fashion home happen due to her strong belief for Destiny Rescue. Rocky attributes his innate ability to design to God and the fact that he went to church when he was younger, which changed his life. 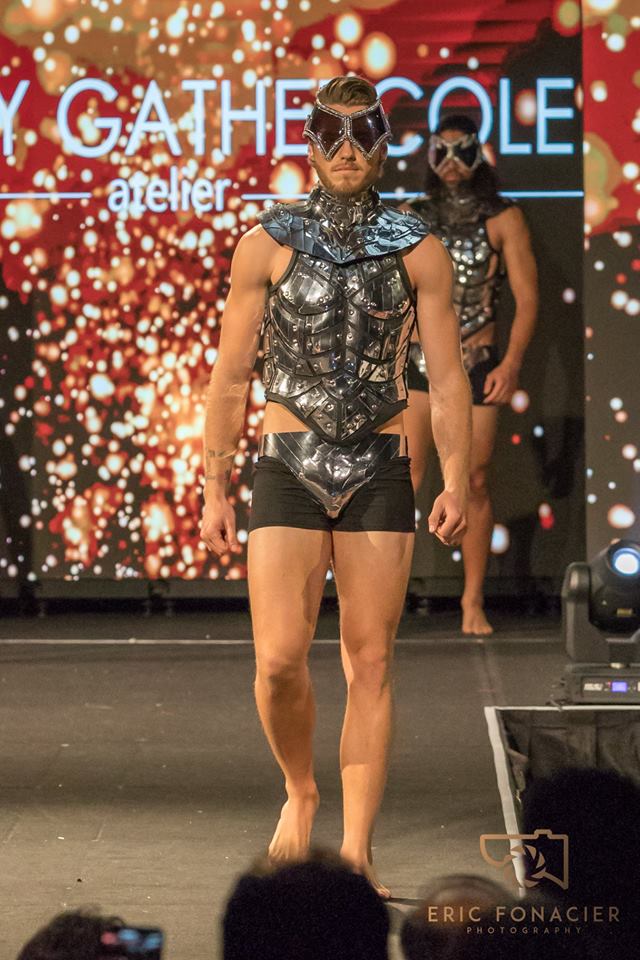 When he designs, he does with a boundless imagination without thinking about the logistics—highly aggressive and provocative, his garments are adorned by many Hollywood celebrities and he is celebrated for his creative integrity, despite not going to a design school. The mood is another major factor of his design process when it comes to producing his seasonal collection; when he is happy, the garments are outrageous, feminine and at maximum creative capacity. However, when he is sad or frustrated, it’s masculine and boxes in. 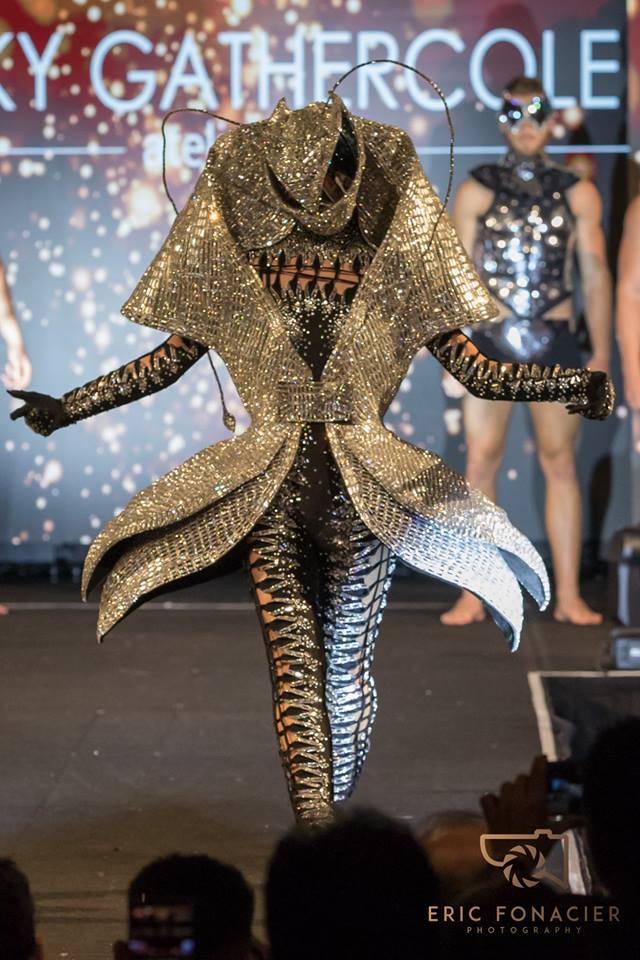 As guests started pouring in and started taking their seats at the round dinner tables at the Hilton, the catwalk beamed immaculately in front of them. While the guests were enjoying their meal, the opera singer Ballina from Pacific Diva sung an operatic ballad with resounding confidence and prestige. This was followed by a highly-energetic Latin dance duo that took centre stage, which mesmerized the audience. 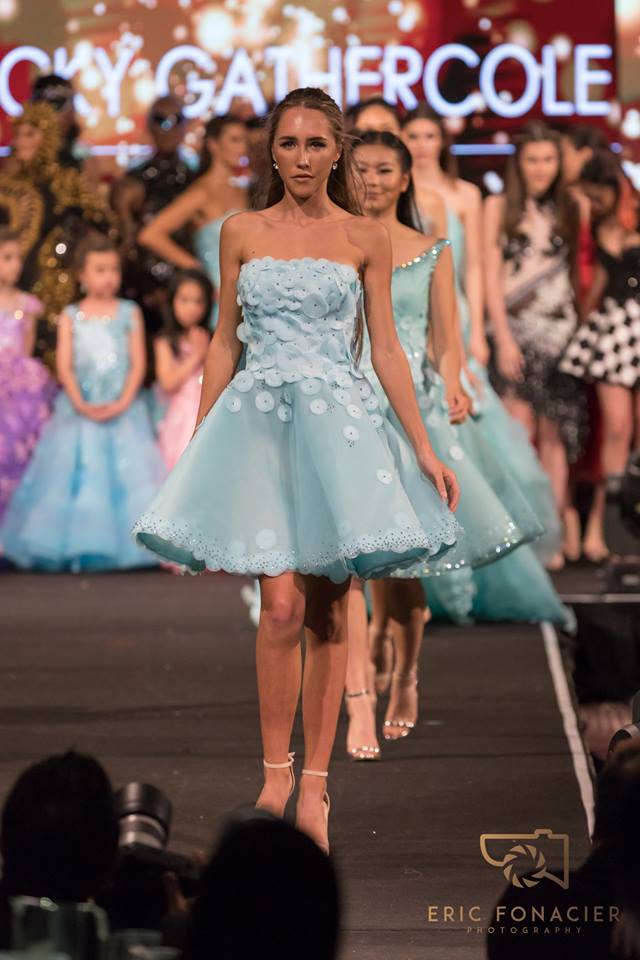 When the clock struck eight, the much-anticipated fashion show was set in motion. Walking art pieces were showcased. Colourful red, yellow leotards paraded through the stage, and elegant fibre red and blue dresses dominated the scene. The models looked so stunning and out of this world, it’s as if they came straight out of a Disney movie or a Lord Of The Rings set. 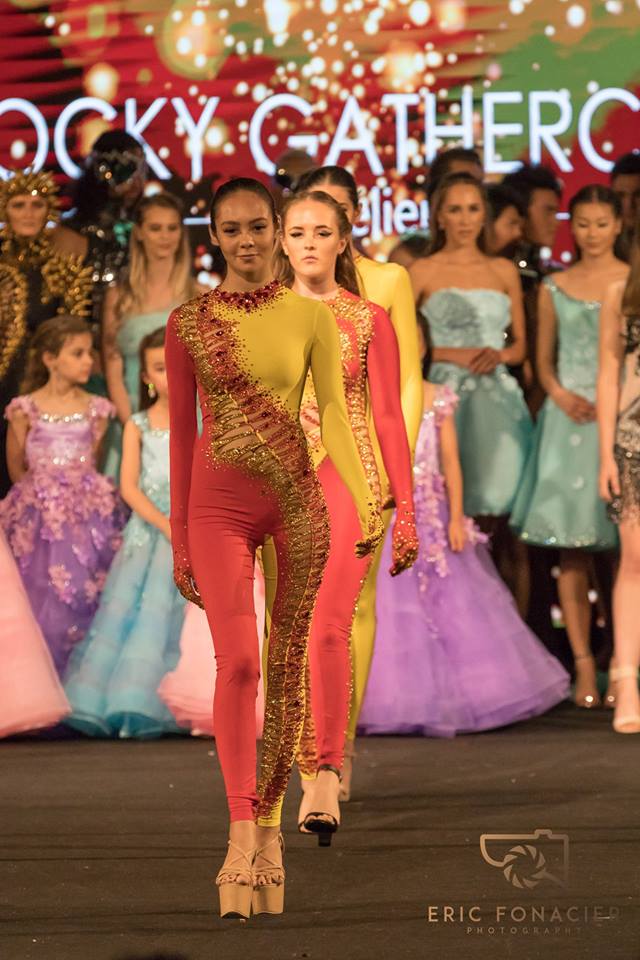 The magnum opus of the show was full glittery silver and charcoal black ant costume, which has an unprecedented sparkle that may or may not have blind sighted the audience. Mesmerizing yet beautifully grotesque, the ant suit was one of the most unique pieces that graced the catwalk. 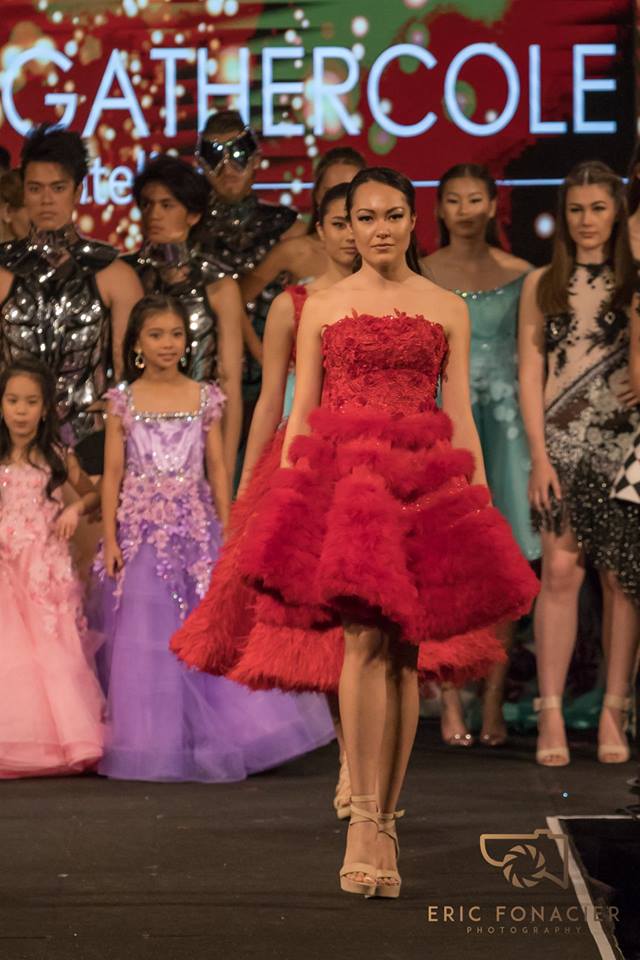 As the night came to an end, a charity auction took place to help raise funds for Destiny Rescue, and then the main executive producer, Marites presented and thanked Rocky for showcasing his beautiful collection of work. StarCentral Magazine would like to congratulate Marites and Leo for this massive feat of success. 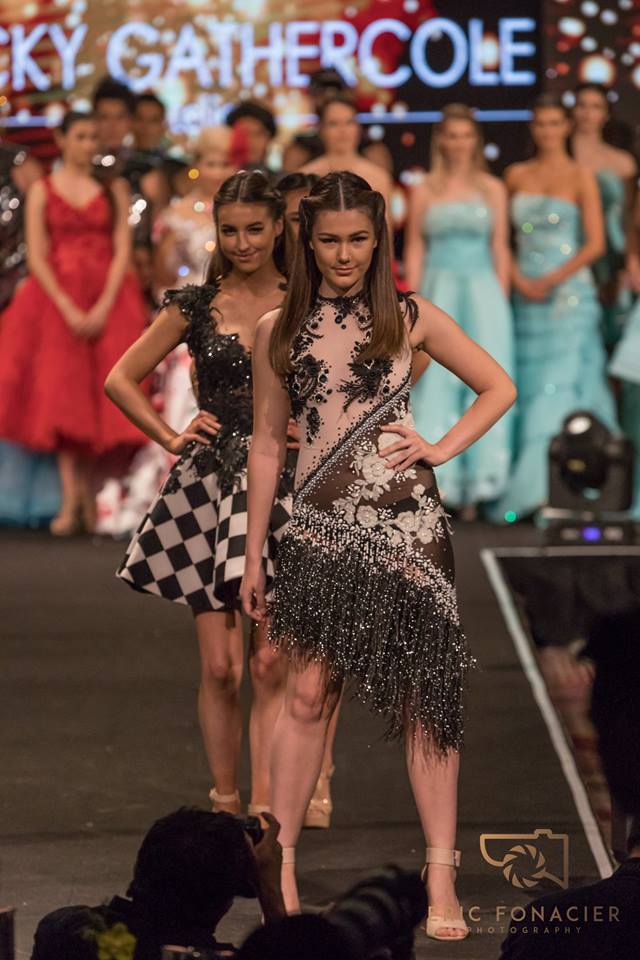