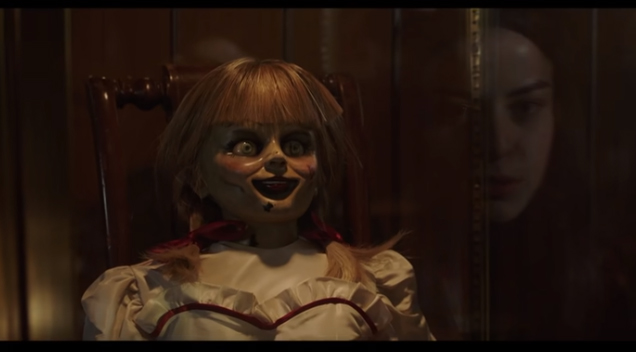 Out of all the films and franchises that attempted to create their own cinematic universe, most have failed, but one has continued to thrive and surprise and beat the odds and it’s strange because no one ever thought it was trying to become a cinematic universe: The Conjuring. The horror series following the exaggerated tales of real-life paranormal psychologists Ed and Lorraine Warren has scared up 2 sequels and 3 spinoffs, with one of them creating its own trilogy of films; all following the macabre exploits of the cursed doll that cameoed in the very first “Conjuring” film, Annabelle. After a disastrous first outing with “Annabelle” and a slightly better prequel entry in “Annabelle: Creation,” the demonic doll comes full circle with its 3rd and possibly last film in “Annabelle: Come Home.”

Picking up shortly after the Warrens (Vera Farmiga and Patrick Wilson) acquired the Annabelle doll, they place the doll in their room full of cursed and haunted objects; securing it behind a special glass case. When the Warrens leave to handle a case, their daughter Judy (McKenna Grace) is placed under the care of her babysitter Mary Ellen (Madison Iseman) for a hopefully quiet night. But things become dangerous when one of Mary’s friends takes Annabelle out of her case. Now Annabelle is awakening the other evil spirits in the room and unleashing their demonic horrors on young Judy and her friends; cutting them off from the Warrens.

Having viewed “Annabelle: Creation” and intentionally avoiding the bomb that was the original “Annabelle”, I can safely say this is the best film in the “Annabelle” series…though the bar wasn’t set extremely high to begin with. “Annabelle Comes Home” puts the doll as side/centerpiece to the other ghouls and ghosts inside the Warrens “demon room,” providing us with multiple horror angles to go at besides just relying on a creepy old doll story. It’s interesting to learn about the other legends and stories from that room, any one of them could easily be spun off into their own solo film and expand on the “Conjuring” universe like “The Nun” did.

This keeps the scares mixed, unpredictable and creative for the most part; jump scares still rear their ugly heads in this film though not criminally so. One thing I’ve noticed in all of these other ‘Conjuring universe’ connected films, the characters continue to fail to grab our attention as the Warrens do. Sure, young Judy is an interesting character; her ties with the Warrens cases and experience offer an interesting lifestyle to comprehend with a child that age and it helps make her feel relatable and empathic worthy. The same cannot be said for her friends who fall into the same problematic areas all other non-Warren characters suffer from their forgettable.

Judy’s friends are bland, two-dimensional cliché roles that just don’t really look, feel or sound all that convincing or care worthy. The one who unleashes the twisted doll flip flops motivations and justifications constantly, sounding inadvertently silly and tripping over many “duh” moments most horror films suffer from. The variety in the ghosts that appear is the one thing that makes this film stand out as the best compared to the previous “Annabelle” entries. However, even that suffers from a lack of proper utilization and exposure. I feel the film never really manages to execute its potential effectively, instead of relying on lamely portrayed, cardboard characters and overplayed elements the “Conjuring” spinoff films have suffered from.

I don’t really understand the appeal or draw of the Annabelle doll. Outside of her legacy and disturbing design, there’s nothing I’ve seen that makes her unique and nothing in her films that stands out as creative or entertaining. I still felt like I got my money’s worth but I just felt the series should have been better in terms of quality if were already on movie number 3 at this point. Overall, “Annabelle Comes Home” offers some good scares, creative ideas and manages to tie all kinds of elements and characters from past films together. But nothing is arranged or used properly and the characters are one-note bores that deserve all the jump scares they get, I just felt we deserved better than “pretty good.” 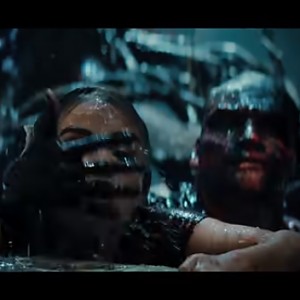