I remember seeing “Frozen” for the first time when it first came to theaters. I knew next to nothing about it thanks to very few witnessed advertisements so I went in mostly blind and was very pleased to see how everything played out. It was a beautiful, wonderful, elegantly scored film that felt like a real return to Disney’s classic film quality levels. Imagine my surprise at how quickly the film evolved into a massive phenomenon and then, Disney taking a whopping 6-year gap before finally putting out the sequel. Needless to say, the hype surrounding “Frozen” was obscenely high and left a great deal to live up to for “Frozen 2” to match.

Our story takes us back to Arendelle where Elsa (Idina Menzel) enjoys a peaceful reign as queen until she starts hearing a strange voice calling her to the enchanted forest; outside of the kingdom. Desperate to find answers to the origins of her powers, Elsa ventures into the forest along with her sister Anna (Kristen Bell) and friends Kristoff (Jonathon Gruff) Olaf (Josh Gad) and Sven the reindeer. What the group discovers is a new side to the sister’s parents, the king, and queen, and how their ties to the magic world are far more complicated and dangerous than Ana or Elsa ever imagined.

Topping a juggernaut like the original “Frozen” is no easy task for any sequel, thankfully, “Frozen 2” doesn’t just try to merely copy its original formula and instead treats the film’s story just like it treats its characters: allowing them to age. “Frozen 2” has grown up in every aspect compared to its “sister” movie; everything from the themes, morals, drama, music, and conflicts have all escalated into much bigger and more mature elements that I don’t think anyone was expecting. Gone are the catchy, Disney pop-ish musical numbers that can be easily lip-synched on sing-along CD albums and are now deeper, more emotionally meaningful songs that resonate with personal growth and the changes that come with age. Even Olaf, the goofy lovable snowman, sings about how he hopes he will be wiser when he grows older.

This new approach certainly appeals to the older audience members and it helps that most of the story really focuses on the character’s core motivations and developments. This maybe Elsa’s journey but there are so many other pivotal moments and lives involved here, it feels like everyone’s invested in this and the dangers and environments they encounters measure up accordingly with each bigger moment. The new environment expands the world of “Frozen” with new creatures, new mythology, and lore and it’s gorgeously rendered with spellbindingly beautiful computer effects and graphics. The world has never looked so wondrous before.

Kristen Bell and Indina Menzel truly go above and beyond their emotional capacities. Their bond and ties are truly tested here, pushing them to the limits and still managing epic songs that elevate Bell and Menzel’s talents to new heights. Sadly though, the music never becomes memorable or catchy enough that you’d want to say buy the soundtrack and listen to it over and over again like the first film. The songs are beautiful and expertly scored but just doesn’t make it replay value, with the exception, of course, being Kristoff’s song; a hilarious 80’s power ballad tune that is hilarious to watch and even better to listen to. Its high time Kristoff got a real song this time around.

However, “Frozen 2” suffers from a few flaws; ones that are actually quite identical to the ones afflicting “Ralph Breaks the Internet.” Namely, “Frozen 2” delivers slim to zero new characters. The ones they do introduce are so paper thin and barely on screen, they feel more like cameos than proper roles. Another problem is nothing that new is brought to the table. Much like how “Ralph 2” just explored new levels of the same relationship we knew about before, “Frozen 2” gives us a few new neat tidbits about Elsa and her parents but it’s largely the same old story with just a few lessons about growing up. Kristoff’s relationship with Ana is one of the best new expanded storylines they’ve had but even that was handled fumblingly at times.

Overall, “Frozen 2” is a gorgeous, well-matured film that doesn’t try to be another kid’s movie and be something deeper and richer with heart and depth. The lack of new characters is disappointing and the rehashing of similar relationship problems/cues is unfortunate, but all in all, this is a beautiful movie that does take a few risks and tries something more adult-oriented and it works on many levels even if not all the way through every time. 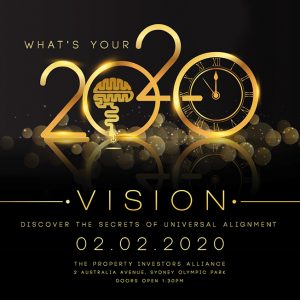 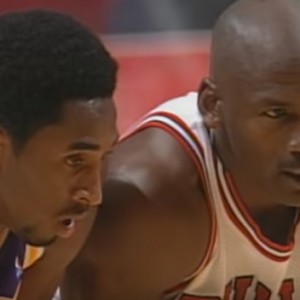