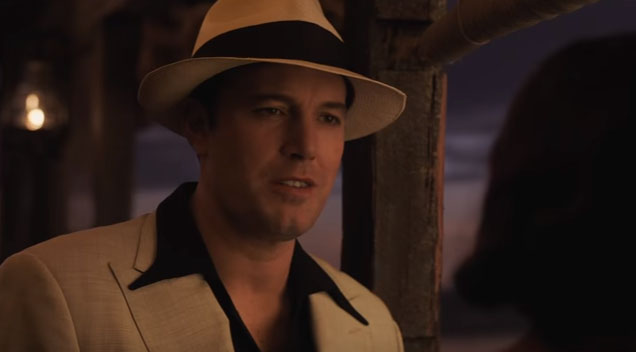 Ben Affleck is back in the big screen but this time he doesn’t have a cape nor does he look like a bat – he’s just a badass gangster.
Live by Night is written, directed and co-produced by none other than Ben Affleck himself – it’s based on the 2012 novel of the same name by Dennis Lehane. Set in the 1920s, the story revolves around Joe Coughlin, the son of the Boston Police Superintendent. After moving to Ybor City, Tampa, Florida, he eventually ends up becoming a bootlegger and a rum-runner and later on an infamous gangster. The film stars Affleck, Chris Messina, Sienna Miller, Brendan Gleeson, Zoe Saldana, Chris Cooper and Elle cFanning

The movie is due to be released on January 13, 2017. Check out the trailer below (source: Live by Night):