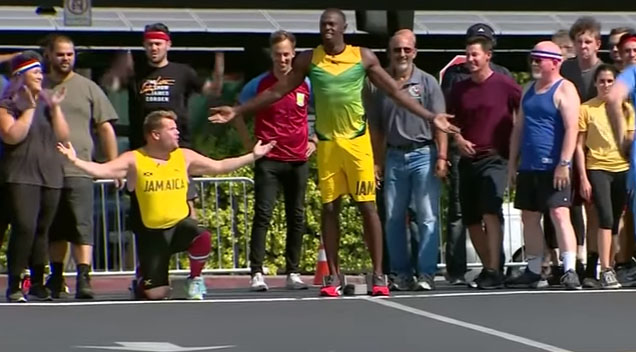 James Corden wanted to find how fast Usain Bolt really is so he decided to challenge him to a race and he brought Owen Wilson with him for back up.

James issued a public challenge to 9-time Olympic gold medallist Usain Bolt and he was joined by Owen Wilson and The Late Late Show. They raced in the CBS Television City parking lot and even though they all ganged up on Usain this man is just too damn good.

Check out the video below (source: James Corden):