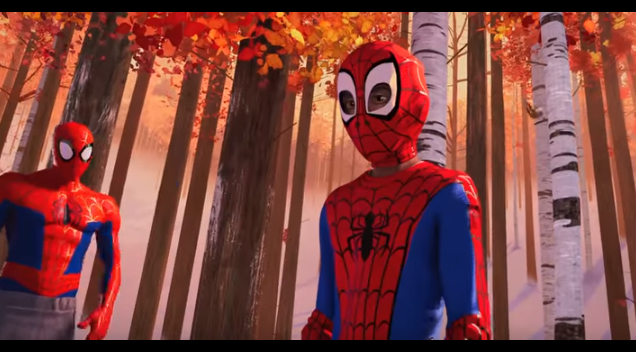 What if there’s actually more than one Spider-Man out there?

The new trailer for the animated Spider-Man: Into the Spider-Verse spinoff is finally out and Spider-Verse will be introducing viewers to Miles Morales (voiced by Shameik Moore) who happens to be mentored by an older Peter Parker (voiced by Jake Johnson). Miles Morales is the first non-white version of Spider-Man and we also catch a glimpse of Spider-Gwen – a popular take on the character in yet another universe where Gwen Stacy gets the radioactive spider-powers instead.

Check out the trailer below courtesy Sony Pictures Entertainment: