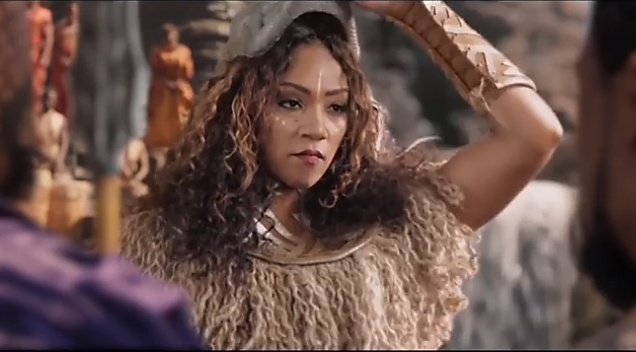 Screenshot from Africa coming up

What Tiffany Haddish wants, Tiffany gets.

When Tiffany hosted the MTV Movie and TV Awards last year, she opened the event with an epic parody of the Black Panther throne challenge scene. Besides Tiffany’s spill, there were also some hilarious cameos from Queen Latifah and Jada Pinkett Smith, which made the scene even sweeter.

Check out the video below courtesy of Africa coming up: