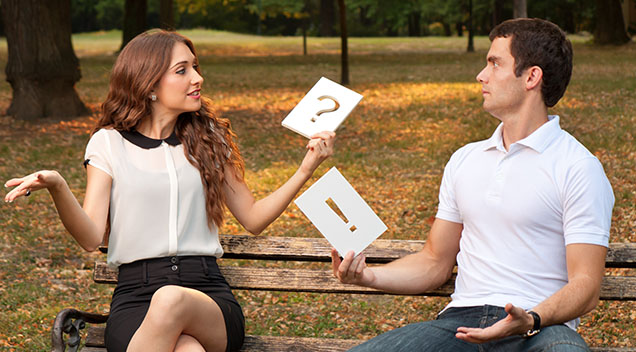 On 8th March the world celebrated International Women’s Day (IWD). If you missed it, you’re not alone – IWD isn’t hugely recognised in Australia compared to other countries. I have workmates who grew up in Serbia who’ve told me every year on 8th March kids would deliver gifts or write essays to recognise the importance of their mothers, sisters, aunts and other female role models. What started as a socialist political event in the early 1900s is now a global celebration of the contribution women make to the world. So important is this day in Eastern Europe that last year one of the Serbian men in our workplace brought in flowers and delivered one to each woman on our floor. Most women greeted the flowers with surprise, completely unaware that 8th March was meant to be a special day.

In a progressive country like Australia, one might wonder why women even deserve a special day of recognition. “I thought we were equals?” One of my male colleagues joked, as a group of female staff gathered near the office door to attend an IWD morning tea, leaving him to continue business as usual.

Though he was joking I knew there was something genuine in his query; a byproduct of the mixed “feminist” messages that we’ve both grown up hearing in Australia. One message is that men and women are equal in all things – gender is simply a social construction and we are no different from each other. The other message is that women are unique and possess qualities markedly different to men.

Both these messages have good intent: based on our equality women shouldn’t be treated as an inferior class and instead should be treated with the same respect and opportunities available to men. Based on our uniqueness, a woman’s qualities should be recognised and upheld as vital to society.

There is a subtle (but confusing!) conflict – how can women be equal to men and unique at the same time? This conflict is the reason why so many of my male friends are unsure if standing up to offer a female passenger a seat on the train makes them look like a gentleman or a misogynist.

The fact that we have International Women’s Day confirms one thing: women are different to men. Trying to argue otherwise is naive and insulting. The differences are apparent anatomically, physically, relationally, emotionally and spiritually – if there were no differences then women would have nothing new or valuable to bring to the social, political or economic table and the argument to increase their participation in these areas would be moot. In his opening address at an IWD seminar, Dr Michael Spence, Vice Chancellor of The University of Sydney referenced a study that suggests the best business decisions are made when there has been active (ideally equal) participation from both genders. The basis of such a finding is the argument that there are some things women have that men don’t, and vice versa. There are also some things that women don’t have that men do, which is why an all-female executive would suffer from decisions just as bias as decisions made from an all-male executive. The ideal world would recognise one gender balances the other.

IWD is my annual reminder that differences between women and men are not a bad thing; if we live in as accepting a society as we’d like to think, these differences would be celebrated, not quashed (my Cultural Studies 101 lecturer would die reading this). I, unlike some of my other female colleagues, appreciate being referred to as a ‘lady’ or ‘she’ or ‘woman’ and to be treated as such. I don’t like unisex toilets or change rooms. And when someone offers a seat on the train, to carry something heavy or to open a door for me, I don’t find it derogatory nor do I think it’s a passive remark about my lack of strength or capability. I think there is something terribly wrong and ungrateful about a person who can look at these acts of kindness with disgust and an upturned nose. Some people will reference a era long ago when these things were done for women because it was believed we couldn’t do it ourselves. I’d like to think we’re past that, and I’ll be encouraging my son to do them not because women have less dignity, but because we have dignity and any person with dignity – irrespective of gender – deserves kindness.

If there is anything we are truly equal in, it is dignity. That dignity is the basis for all humans to be treated with equal respect and quality of life. It makes me grateful that in Australia we’ve come so far from the time when women were deliberately being paid two thirds the wage of a male in an equivalent position, the time that there were no female toilets on building sites because there was no such thing as a female engineer, and the time when getting pregnant meant having to quit your job because there was no such thing as maternity leave. Not all women around the world are so lucky. We all still have to do a lot of work to remedy that.

For me this will start at home. I will teach my son that women are both different and dignified, and that it’s vital to recognise this, despite what other people will tell him. I hope he isn’t tricked by the messages that are disguised as “feminism” and “liberalism” but actually confuse women into either acting more like men or acting like she is the sum of all the products she buys. My hope is that he’s the type of man who accepts that women bring something unique to the world; something that the world is missing dearly and needs back.

— Joy Enriquez Adan is a mother of one, communications specialist and a woman who marks 8th March in her calendar every year and appreciates receiving flowers.