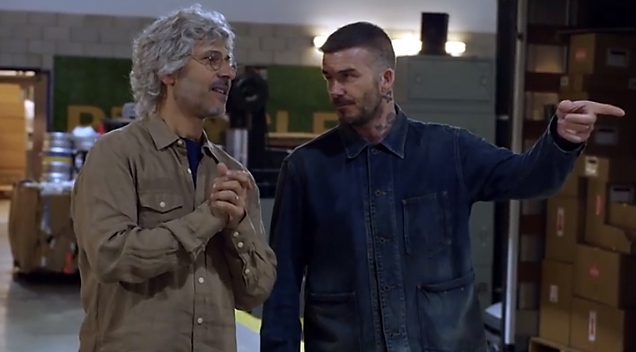 James Corden left David Beckham in a state of shock as he pranked him with a fake hideous statue in his honour ahead of the official unveiling of his statue at LA Galaxy’s stadium.

Beckham was too shocked to say anything when he first saw his statue, eventually telling the pretend sculptor “It’s slightly different than it was when I saw it in Chicago.” The fake sculptor said to Beckham: “I believe, what I did here was try to capture you in motion.” Beckham responded by saying: “Yeah but there was capturing me in motion but also making me…look at my chin!”

Check out the hilarious prank below courtesy of James Corden: