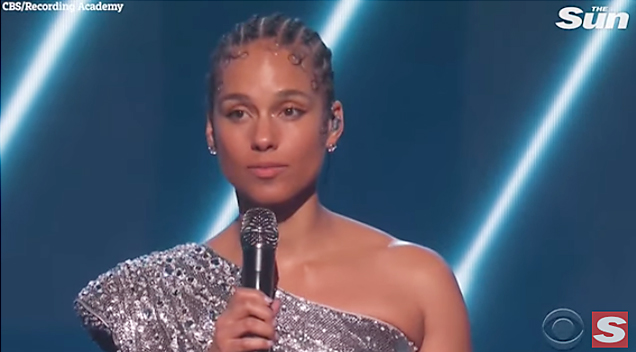 Screenshot from The Sun

By now everyone would be well aware of the death of NBA legend Kobe Bryant and his 13-year-old daughter Gianna just recently. When 2020 Grammys host Alicia Keys stepped up on stage, she decided to pay tribute to the Lakers superstar, who played for two decades in the Staples Center, where the Grammys was just held.

Here’s what she said: “Here we are together on music’s biggest night celebrating the artists that do it best, but to be honest with you, we’re all feeling crazy sadness right now because earlier today, Los Angeles, America, and the whole wide world lost a hero. And we’re literally standing here heartbroken in the house that Kobe Bryant built,” she said. “Right now Kobe and his daughter Gianna and all those that have been tragically lost today are in our spirit, they’re in our hearts, they’re in our prayers. They’re in this building, and I would like to ask everybody to take a moment and just hold them inside of you, hold them inside of you, and share our strength and our support with their families. We never imagined in a million years we’d have to start the show like this. Never never never never never never. So we wanted to do something that could describe a tiny bit of how we all feel right now.”

Check out Alicia Keys’ touching tribute below courtesy of The Sun: