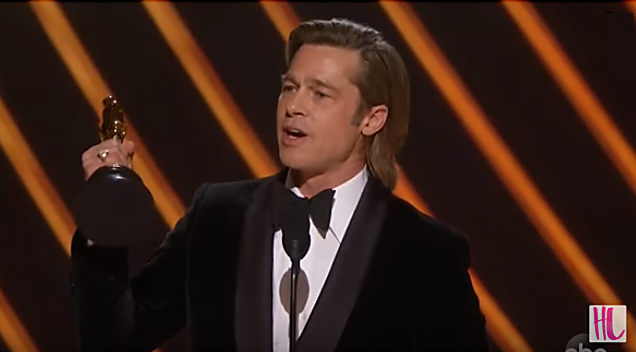 We couldn’t be happier for Brad Pitt – he’s a total legend!

Pitt just won the Oscar for best supporting actor for his role as stuntman Cliff Booth in Quentin Tarantino’s “Once Upon a Time in Hollywood” and he got pretty emotional with his acceptance speech. He thanked Tarantino for casting him in the film, gave a shoutout to his co-star, Leonardo DiCaprio and also dedicated the Oscar win to his six children.

Check out the video below courtesy of HollywoodLife: