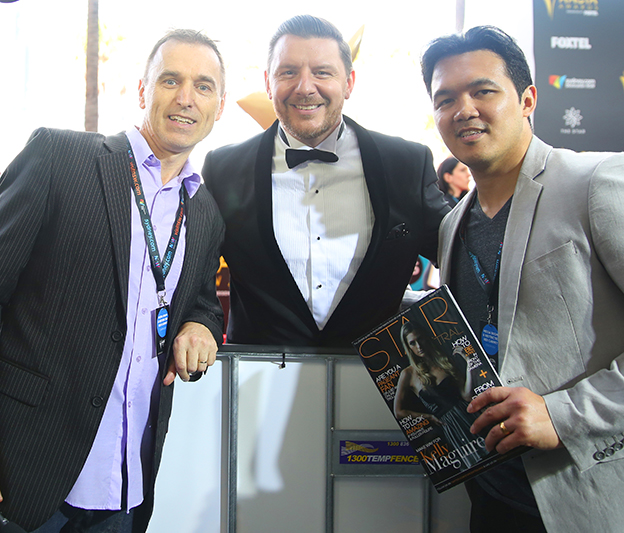 Manu Feildel is a celebrity chef who was originally born in Nantes, France. He shot to fame for his participation in a number of high profile Australian cooking competition programs such as Ready Steady Cook, MasterChef Australia and My Kitchen Rules (MKR). Manu gained a rock-solid reputation as head chef at the restaurant Bilson’s before eventually opening his own restaurant, Manu at L’Étoile, in 2009. We recently caught up with Manu at the 2016 AACTA Awards and here’s what went down:

StarCentral: Are you expecting a nice dinner tonight at the AACTA Awards?

Manu: Yeah, why not. I never judge in these types of dinners by the way. When you have to cook for thousands of people it can’t be that easy.

StarCentral: Do you enjoy cooking more now or appearing in TV?

Manu: My life is made up of a lot of different jobs this year… Let’s just say that I’ve got a lot more time to cook at home now for my family which is even more important. 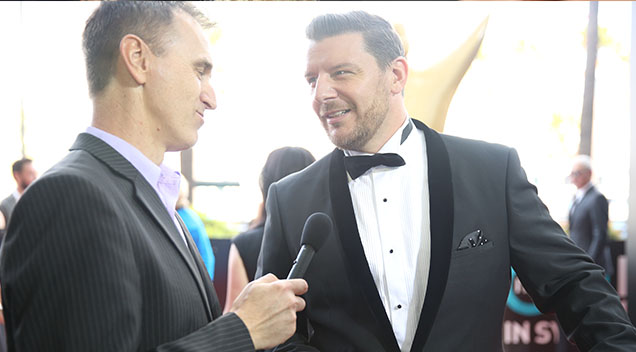 StarCentral: We all know that you participated in, and eventually won, Dancing with the Stars back in 2011. What would you say is your favourite dance move?

StarCentral:  What is your favourite French dish?

Manu: One of my favourite French dishes is the Tarte Tatin. It’s a great sweet dish and really quick to make but I can’t make it better than my mum.

StarCentral:  What would you say is your quickest and easiest go-to dinner?

StarCentral:  What’s one of your favourite restaurants in Sydney?

Manu: Sepia is one of my favourite restaurants here in Sydney but in saying that, I’m also just as happy dining at a small dumpling place in Chinatown.

Manu: Bacon. I could eat Bacon every day of my life!