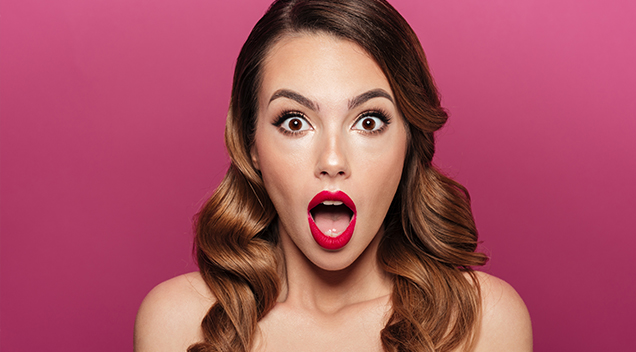 Being a star is a big test, and not only because of the publicity that comes with this status. In fact, if you are a brilliant actor or talented athlete, the fans will not forgive you for beating up women, having bad habits or making silly statements.

It’s nice to know that stars mess up the same way the common people do. Some of them could even buy essay writing instead of doing an assignment by themselves. However, celebrities’ mistakes always get more attention because they are the role models we want to emulate.

We sometimes need famous people to do some ridiculous or weird things so we could have something to talk about.

So, let’s see what were the craziest, funniest, weirdest, and dumbest things celebrities said or did last year.

Celebrities Who Messed up Big Time in 2018

It was reported in March 2018 that a political consulting company called Cambridge Analytics was secretly collecting personal data of Facebook users. The goal was to use the information for targeted advertising and influencing voters’ opinion during the 2016 elections.

The massive backlash and negative publicity forced Mark Zuckerberg to protect his social media platform in multiple ways. The founder of Facebook even had to testify before Congress.

In January 2018, YouTube celebrity Logan Paul uploaded a scandalous video titled ‘We found a body in a suicide forest’. In the video, the star and his friends go hiking in Japan’s Aokigahara forest which is notorious for being the world’s second most popular suicide location. While they were in the forest, Paul and his friends found a body of a person who committed suicide and shot a video of their find.

After the whole world watched the video, Paul tried to excuse himself by saying that he intended to draw people’s attention to the problem. However, YouTube viewers were skeptical of the statement because Paul was laughing and joking in the video. Both the fans and other celebrities were so disgusted that YouTube deleted Paul’s channel from their premium promotion program.

Justin made news after he accidentally bared Janet Jackson’s chest during the Super Bowl halftime show. Truth be told, Timberlake’s 2018 performance was one of the most forgettable and ordinary halftime shows in history. Some people even wondered if there were some problems with the sound. His shirt featuring a red deer and a camouflage suit also raised quite a few eyebrows. Of course, Justine’s new album is called  ‘Man of the Woods’ but he should not have been so literal picking an outfit for the event.

Last year was quite a tumultuous one for Ben. The star of ’Batman vs. Superman’ broke up with his girlfriend and was spotted strolling with  Playboy model Shauna Sexton. A severe alcohol addiction caused the actor to check himself into rehab for the third time. His father and brother Casey were also treated for alcohol abuse several times. Sexton visited Affleck in a recovery center in September but by October they’d split up.

Kylie’s pregnancy is one of the worst-kept secrets in Hollywood. Kylie Jenner was pretty careful about hiding from photographers during her pregnancy. And the fact that none of the people she knows revealed her secret speaks volumes about their reliability.

But even with all that super stealthy behavior, her pregnancy became breaking news pretty soon. That can probably be explained by the fact that Kim Kardashian’s popularity is based on gossips.

In July 2018, Walt Disney Studios removed James Gunn from their ‘Guardians of the Galaxy’ film after several of his old tweets surfaced. The tweets, which were published before Gann started working on the movie, were dedicated to controversial topics, such as sexual abuse, pedophilia, and the Holocaust.

Later on, Gann tweeted a statement apologizing for his actions. In it, he argued that the tweets were an indication of his provocative sense of humor. However, given what happened to him in 2018, he will unlikely to joke like this again.

After getting a Golden Globe award for the best male role, James Franco was accused of sexual harassment by multiple women. Then, there was a report in the Los Angeles Times which described in detail the stories of five females who the actor made advances at.

One of the women accused Franco of improper behavior on the set claiming she felt constant pressure while performing her role. Also, his ex-girlfriend claimed that Franco forced her into unwanted intercourse while they were having an affair.

Demi Lovato nearly died of a drug overdose on July 24. While the drugs she used were never found, she was revived with Narcan, a medication used to stop opioids overdosing. She was then taken to Cedars-Sinai Medical Center in LA for further treatment and rehabilitation. Demi admitted that she’d had a relapse after releasing her ’Sober’ song .

Now that you know the greatest scandals of 2018, you can try to predict who will become a sensation in 2019.