Much like HBO, Netflix knows how to take full advantage of highly mature, uncensored content and create deep, rich, comical and even sexually mature stories through their original programming. While plenty of programs have tackled the subject of sex, they usually end up going overboard with the sexual content and tend to let the nudity speak for itself rather than the story. “Sex Education” is a witty, slick, unusual flashback to teen dramas/comedies by using a unique solution to a very relatable and common problem and helping people in high school process it with dignity as well as dark humor.

Otis Milburn (Asa Butterfield) has enough trouble fitting in just by being himself, its worsened by the fact his mother (Gillian Anderson) is a well-known sex therapist and living with her teachings have left him unusually well versed with sexual dysfunctions. When a girl he’s crushed on (Emma Mackey) discovers this unique talent, she creates a business with Otis by secretly helping out high school peers with their sexual problems discretely in exchange for money. Now Otis and his would-be girlfriend have to traverse through the twisted trappings of their classmates’ unusual sex problems, while still struggling to understand and deal with their own.

Most teenaged comedies dealing with sex usually treat it with over the top, excessive comical nudity or inappropriate questions that make everyone laugh and giggle as if their children. Characters react with over exaggerated responses to minor problems that fail to be actually relatable and usually deal with an incompetent misunderstanding that serves as the spiking source of drama throughout the story. “Sex Education” is unapologetically brutal with its reality check and it is a far better and brainier series for doing so. All the teenagers suffer from real sexual problems, usually in relation to an accurate social conflict that kids today suffer through (like nasty rumors about performances in bed, hinting someone’s gay or blaming someone for an STD and telling everyone just to shame them).

“Sex Education” is probably the most realistic portrayal of a high school environment I’ve seen put to film. The simplistic savagery of these students’ actions leaves little to the darkest of imaginations; hazing everyone from every gender and class and creating all kinds of drama and rich development from start to finish. Even the bullies themselves are given depth and a comprehensive background; they are not limited to cartoonish brainless thugs and it shines a light on the dangerous ignorance today’s youth possesses when it comes to understanding sex.

Butterfield is a face I’ve seen in many films before and like before, he fits the awkward male lead very well. Truth be told though, much of his screen time is shared and often feels outshined by most of his co-stars. Emma Mackey is a perfect mix of the good and bad guy roughly blended into one compelling female lead. She feels so out of place with Butterfield and yet perfectly so at the same time. Her rough exterior comes off as natural but soft enough to feel a connection as a viewer and as a character. There’s a great side story involving Butterfield’s best friend (who happens to be gay) that flashes extensive light on the cruel treatment of gay teens.

One of the best characters in the show actually falls into one of the weaker components of the story: Gillian Anderson. She’s an absolute delight every time she’s onscreen. Her unusual bluntness when discussing sex with her son is hilarious and her boundaries are non-existent; creating even more and more unusual interactions to enjoy. However, she’s not used nearly as much as she should be considering her comedy chops. The series also suffers from some predictable high school drama clichés and while at times it’s unavoidable, it’s not excusable. Overall, “Sex Education” is a great high concept show with an excellent sense of humor and a brilliantly dark use of real-life situations reactions. Aside from needing to use its star trump card a bit more, this is an excellent series to get hooked on and season 2 cannot come soon enough. 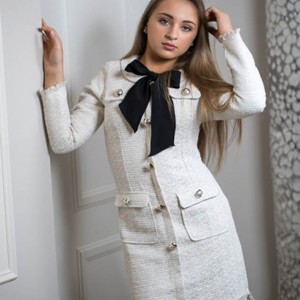 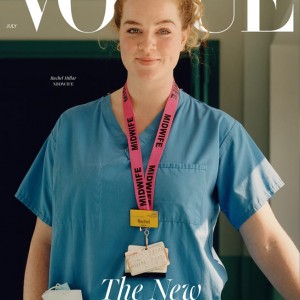