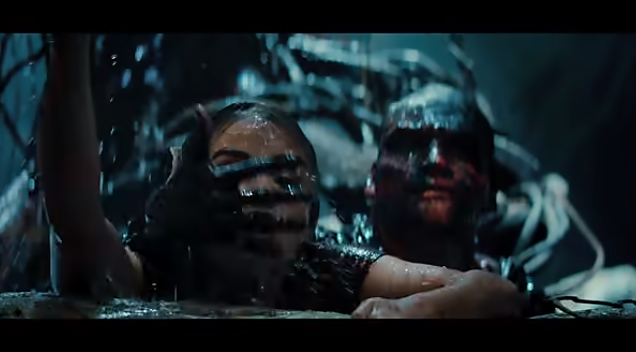 Blumhouse productions has become one of the most impressive and well-structured movie companies out there working today. They have a knack for creating quality made/written horror movies with extremely modest budgets and helped Jordan Peele become a household name in horror; scoring massive success with his films “Get Out” and “Us.” Even if the films they make tank, they cost so little to make that even their bombs are considered successful films. That last category accurately describes the film in question today, a cinematic remake of the TV series from the 1970s of the same name: “Fantasy Island.”

Following the TV show’s plot with a horror twist, the enigmatic Mr. Roarke (Michael Pena) invites a number of guests lucky enough to win a trip to his private island where he promises to make all of your deepest fantasies and dreams come true. People’s fantasies range from partying like kings to getting revenge on an old high school nemesis and all seems to be going well…until the dark truth emerges. Once a fantasy begins, the guests must “see it through to the end” and they soon discover the ugly side of their wishes being granted and how dangerously lethal they can become.

Taking an old TV show and rebranding it with a horror twist is a neat concept and if this were in a better writer and director’s hands, the idea could have proven to be a successful experiment but sadly; it wasn’t. “Fantasy Island” borderlines more thriller than horror but more importantly, it wastes plenty of opportunities of quality, emotional depth, and backstories with its characters and overall plot. I don’t know if it was the fact the film was rated PG-13 or maybe it was just written that way, but I can’t help but wonder how much more graphic and intense the dark sides of these fantasies could have been if they went to a more “realistic edge.” Everything is tamed, watered down and subdued; even the iconic host played by the lively Michael Pena feels like he was pumped full of tranquilizers before the start of every scene. This is easily the worst performance of his I’ve ever seen.

None of the characters have any plausible personalities and all rely on paper-thin cliché stereotypes to fill the voids. Only exceptions would be Lucy Hale and Michael Rooker. Hale is someone Blumhouse has already worked with prior to “Truth or Dare,” she has moments of intrigue and interest but she never goes much farther with them or takes them to their fullest potential. Rooker has toned down much of his highly enjoyable charm but he’s still trying at least, as is Mike Vogel in a decent supporting role. Ultimately, everyone is passable at best; never doing more than the bare-bones minimum and feeling more like fan fiction characters than believable people.

The film explores the supernatural origins of the island and even that, when explored, doesn’t really do much to salvage film or negate the glaring flaws previously covered. I can’t help but think taking this film to a darker edge/place (not necessarily “Hostel” level dark) could have made a significant improvement in the intensity of the film’s key thriller/terror moments (which are few admittedly.) Maybe the property was too old to work in a society like today, maybe the PG-13 rating prevented it from going into more creative places, or maybe this was all bungled due to the lazy writing, anemic characters and faulty approach the film was framed with from the beginning.

Overall, it’s really hard to say where “Fantasy Island” went right and much easier to point out where it went wrong. There was some interesting twists that, had they been executed properly, could have been a start to something greater and better instead of being the sole highlight. In the end, though, everything here is weakly presented, poorly acted and lacks any kind of bite or heart no matter what angle or perspective you’re looking at it from. I think the TV series should have stayed dead and out of our minds much like this movie. 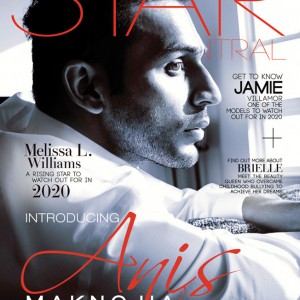