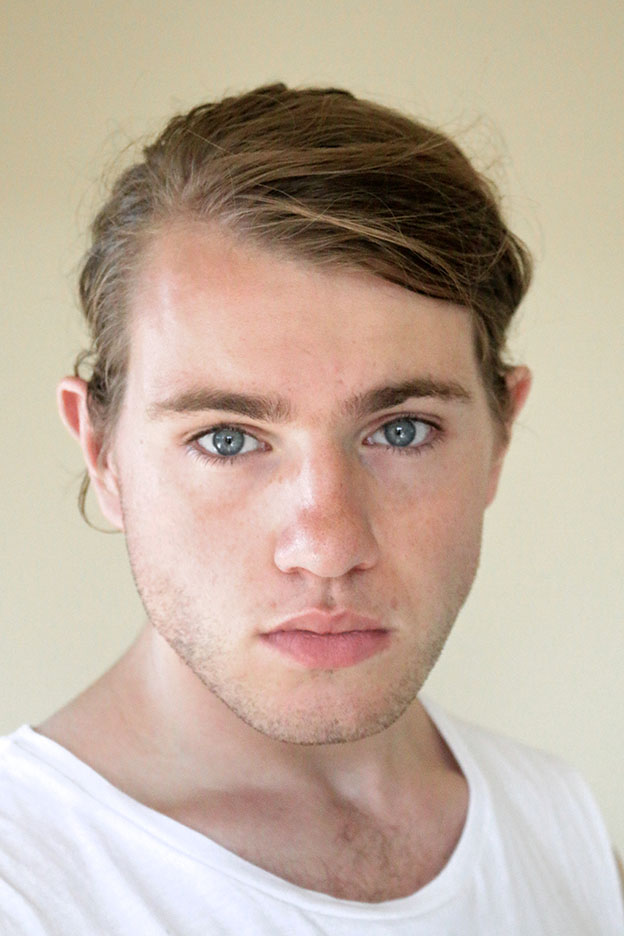 Ben Chapple is not your typical actor. He didn’t start performing as a child nor is he signed with a talent agency. What he is, is a dedicated, passionate, driven young man who, even with only a couple of years in the entertainment industry has built up a portfolio that many of his peers can only dream of. And one of those achievements has been his win as StarCentral’s Actor of the Month for April 2016.

Ben’s start in acting involved performing sketch comedy in various theatre and film productions. His talent was undeniable and he very quickly made a name for himself. He even has had the privilege of working with some of Australia’s acting greats such as Hugo Weaving, Geoffrey Rush and Cate Blanchett. His success propelled him to take “the initiative to write and act in my own webseries…” He and his good friend, Michael Karagiannakis created ‘Campus Cops’ – a mockumentary that followed the exploits of Student Protection Officers, Ben and Mickey. The series was released online by Revue Comedy which is the official YouTube channel of the UTS (University of Technology, Sydney – the university Ben attends as he finishes his degrees in Bachelor of Law and in Bachelor of Communications-Writing and Cultural Studies) Revue Society. “A lot of roles since this webseries have been offered to me based on my work in it, which just goes to show that sometimes you need to take it upon yourself to do what you love…it was a mighty task to write the entire series, shoot it, edit it, promote it etc. with a high quality standard each episode. And the satisfaction came when audiences fell in love with the series and each comment we got was overwhelmingly positive. This was when I knew, after all our efforts, we had created something special. And that experience has driven me further than I would ever have thought possible…” 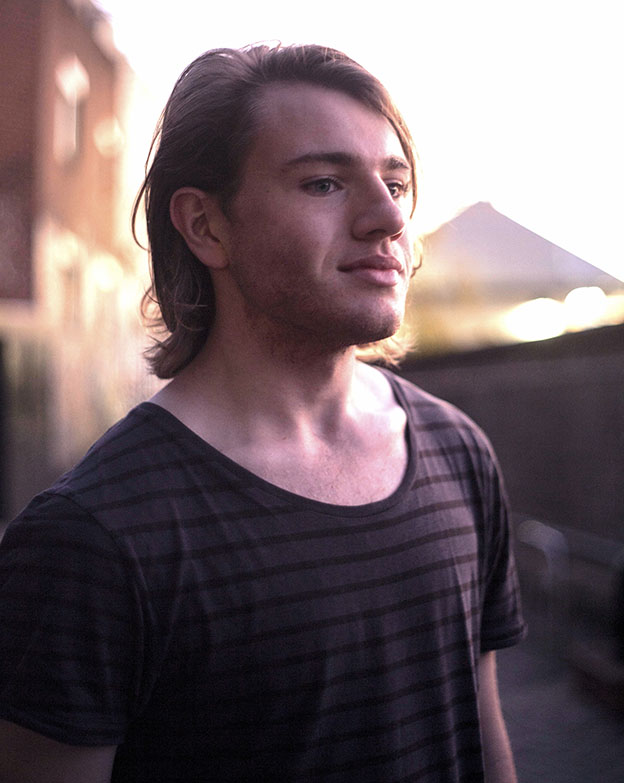 Ben’s insatiable curiosity and endless fascination with the acting art form has seen the 21-year old dive into every aspect of his chosen career – from producing to directing, to writing and of course, acting. He absolutely enjoys “having the freedom to become someone else and do exciting things, interact with people and meet other creatives to formulate a piece of art. Going to new places, embodying characteristics you may not usually personify, and entering worlds that otherwise only exist in imagination…” While he loves the creativity that comes with acting, one aspect of the industry that disturbs him “is the exploitation of young artists and actors to work for free for ‘exposure’. I understand you have to do this in the beginning, but after a while it becomes tedious…”

The ever-active Chapple (“even in my down time I can’t relax!”) certainly learned early on that without the willingness to work hard, one won’t get very far in the acting industry. “It won’t do anything for you to sit back and wait for offers to come to you, you have to seek it yourself…even when there were no auditions around, I created my own content, wrote and filmed various projects. Every day do something creative. It’s hard work, and I won’t pretend that it’s gotten me to where I want to be yet, but that dedication has taken me further than I would be if I hadn’t worked as hard as I have…” Constantly working on CollegeHumor sketches (another creation of Revue Comedy) has enabled Ben to gain a strong YouTube presence and hence, an ever-growing reputation in the field. But even with his successes, Ben knows that “acting isn’t the most stable career, let’s be honest…” While his parents fully support him and recognise his passion for the craft, “they’re also my parents. Naturally they want me to live a stable life, earn income and be healthy and happy. I don’t think the idea of pursuing acting professionally is their idea of a steady career. I understand that, but it also doesn’t deter me from my aspirations…” 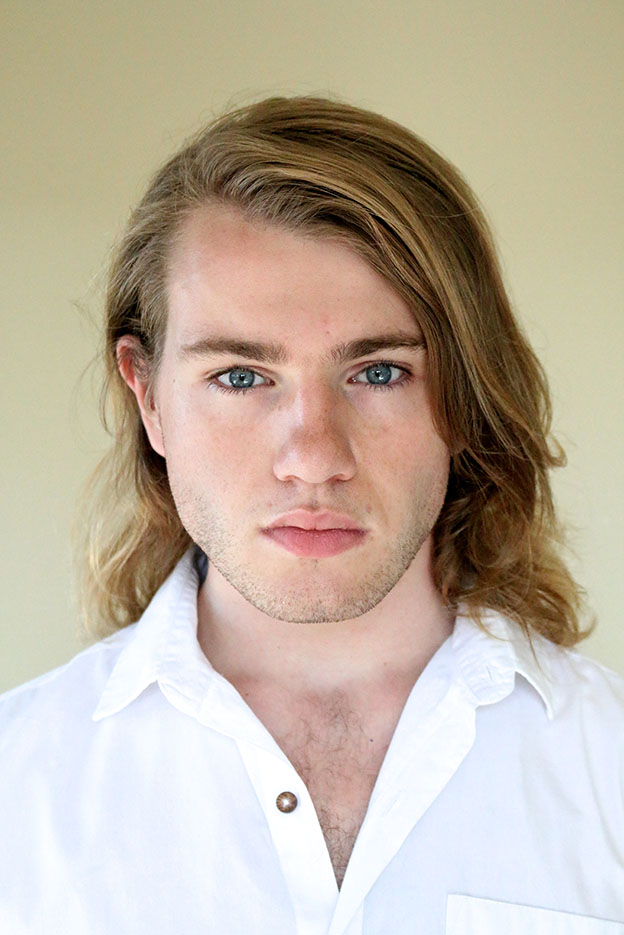 And Ben’s aspirations are far and wide. As well as finishing his degrees, he plans to begin “working with an agent to forge a path through Australian film and television…” He also hopes to produce his own content which includes “plays, books and films…” and even songs that he’s already written. He also has no plans to stop working on more content for CollegeHumor and has even set his sights on directing his own sketch shows. With his talent, ambition and drive, it is almost impossible to believe that Ben won’t turn these aspirations and dreams into reality.

1. Last good movie I’ve seen – Last good movie I saw in the cinemas was ‘10 Cloverfield Lane.’ A thrilling, claustrophobic nail-biter that consistently left you uncomfortable in an exciting and chilling way.

2. What do you consider beautiful and why? – People. Every human is made from a similar mold and yet become such different people, with incomprehensible contrasts in interests, passions, beliefs, instincts etc. It’s fascinating, and that’s why I love acting – because I can explore people. Again, I’ve explained it so it sounds like the blurb of a self-help book, but I stand by it.

3. What haven’t you done yet that you wish you could? – I’ve dabbled in action sequences, but I want to do more. My resume features a lot of comedy and drama, but I want to explore more action and staged choreography. The fight and chase scenes I’ve done were opportunities where the directors told me that I could choreograph them myself and I loved that, especially seeing how real they looked in the final cut. To have that opportunity again, but on a grander scale and in the style of ‘John Wick’ or similarly well-directed sequences, would be an absolute dream. Beyond that, feature films are the ultimate goal. That’s where I want to be.

4. Complete this sentence: “If I had no fear, I’d…” – Be overseas right now scouring LA and New York for roles. I would have accepted my scholarships to the American Academy of Dramatic Arts in New York, but fear of the ludicrous student loan debt I’d be in kept me from accepting it. We’re yet to see whether or not that decision will work out in the positive.

5. What is the one “flaw” you wouldn’t change about yourself? – When I grew up I supremely lacked in self-confidence due to a number of factors, including that I used to be heavily overweight. Even though I remained active through sport etc., this encouraged me instead to focus more on intellectual and creative strategies for self-fulfillment. And now, while the weight has gone and my confidence in acting has soared, that history still lingers but I believe in a positive way such that I developed that intellectual and creative curiosity and drive, which is integral to remaining passionate, innovative and motivated in a highly competitive industry. As long as I’m creating, I’m happy, and that’s a much healthier way to live.