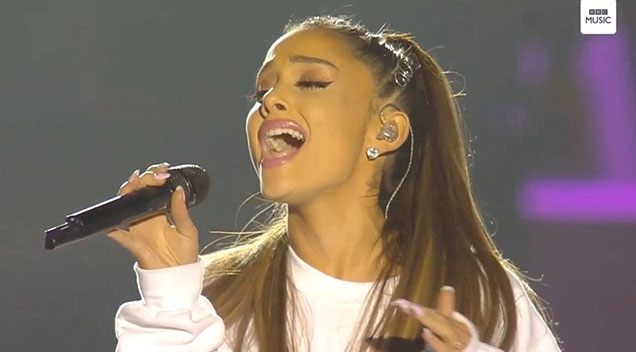 Ariana Grande closed the recent “One Love Manchester” with the most powerful performance of the night.

“One Love Manchester” was organized to pay tribute to the 22 victims who were killed by a suicide bomber just recently in Manchester and the line-up of talent that turned up with just a week’s notice was unreal. Superstars such as Miley Cyrus, Robbie Williams, Katy Perry, Pharrell Williams and Justin Bieber showed their support by performing on the night but it was Ariana Grande’s version of ‘Somewhere Over the Rainbow’ that left a lasting impression on everyone.

Check out the video below courtesy of Variety: