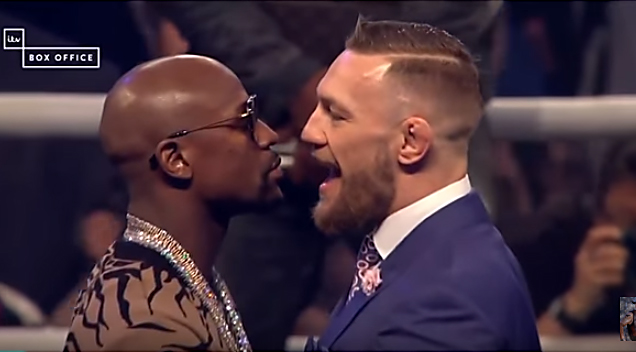 Floyd Mayweather and Conor McGregor may have exchanged niceties after their mega fight last year, but it looks like Mayweather is still jabbing McGregor online.

Mayweather recently taunted McGregor via Twitter regarding his run-in with an Irish Cartel member last year and here’s what he tweeted: “I already f****d you up in 2017 now they about to f**k you up in 2018. You’re about to start your new year off with a bang.” 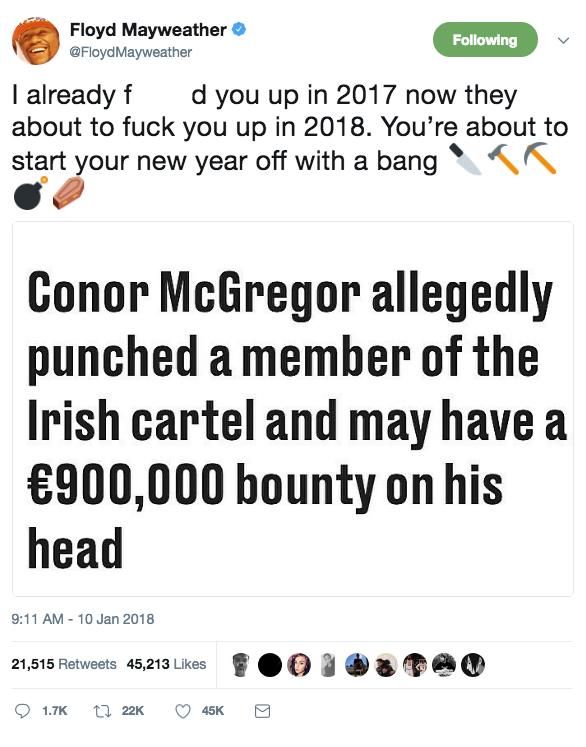 For those who don’t know, according to previous reports, McGregor apparently punched a member of the Irish Cartel late last year and Mayweather decided to taunt McGregor with that headline.

McGregor responded perfectly in four words: “I am the cartel.”

And that’s game, set and match folks! Looks like a round two is in the cards for these two superstars.