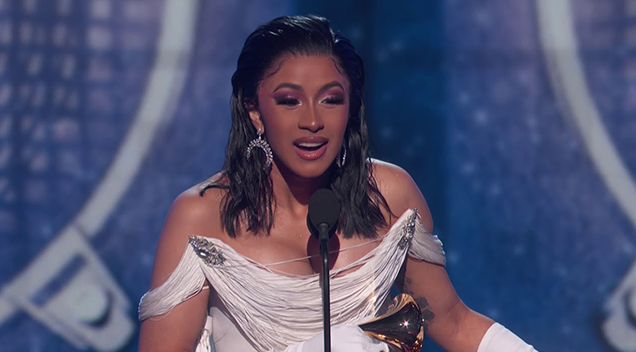 It looks like 2019 is shaping up to be Cardi B’s year especially since she became the first-ever woman to win the Grammy for Best Rap Artist last Sunday.

Cardi B nabbed the prestigious Grammy award for her debut album, “Invasion of Privacy,” which contained two No. 1 singles on the Billboard Hot 100.

“Oh my god, babe,” Cardi muttered as she accepted the award. “Babe, I can’t breathe.”

Cardi B also praised her daughter, Kulture Kiari Cephus for playing an important role in her career. “I’m not just saying thank you because she’s my daughter, it’s because you know when I found out I was pregnant, my album was not complete… I had like three songs that I was for sure having [on the album] and then it was like we have to get this album done.”

Check out her full speech below courtesy of Recording Academy / GRAMMYs: