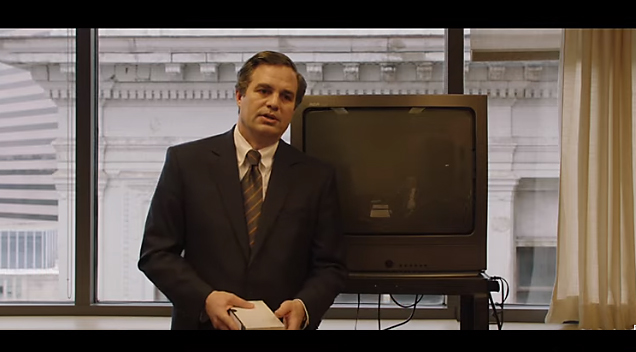 It looks like an Oscar Nomination is knocking on Mark Ruffalo’s door in this movie.

This film is based on a true story of an attorney for DuPont Chemical who discovered that his company was actually poisoning the residents of a small town for about forty years so he decided to turn the tables and take them on instead. Ruffalo in this movie is Robert Bilott, a lawyer who’s typically defending chemical companies against lawsuits. He uncovers a dark secret that connects a number of unexplained deaths, due to DuPont Chemical – one of the world’s biggest corporations. He risks everything – his future, his family (including his wife Sarah, played by Anne Hathaway), and even his own life – to expose DuPont Chemical.

Check out the video below courtesy of Focus Features: