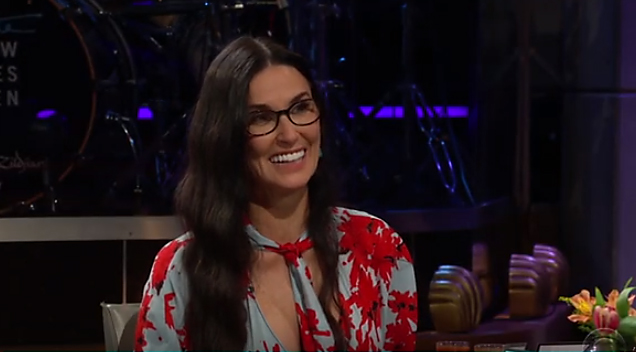 Screenshot from The Late Late Show

Demi Moore recently made a series of epic revelations on “The Late Late Show” with James Corden.

Moore played a game of “Spill Your Guts or Fill Your Guts” with host James Corden and it’s where you either you dish the dirt on someone or eat something disgusting. But she was reticent about throwing any of her “Now and Then” costars under the bus. Foods included were fish eyes, a mayonnaise/cheese curd/soy sauce smoothie and something called pork jelly.

Check out the video below courtesy of The Late Late Show: