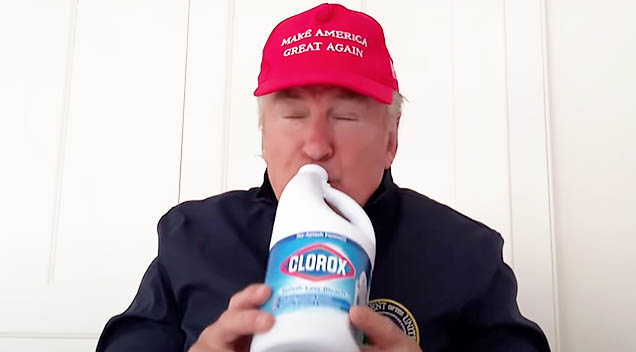 Baldwin joined other cast members of Saturday Night Live in a live Zoom chat when he suddenly took out a bottle of Clorox then he proceeded to chug it straight from the bottle! He called it the “good old invincibility juice.”

The joke was obviously a direct reflection of a comment made by Trump a few weeks ago, wherein he seemed to imply at a press conference that an injection of disinfectant could “knock(s) it out in a minute.”

Check out the hilarious video below courtesy of Independent.co.uk: