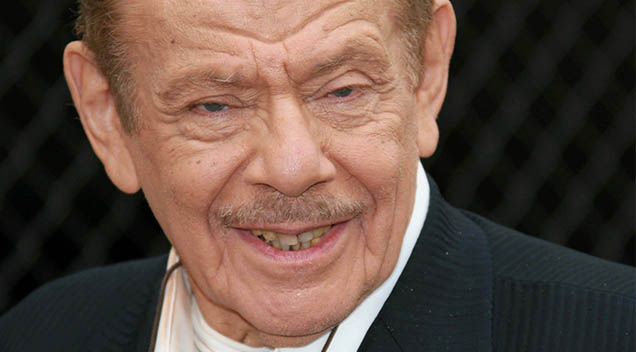 Jerry Stiller – the talented actor/comedian who rose into prominence for playing George Costanza’s father on “Seinfeld” has unfortunately passed away at the age of 92.

He spent several years as part of the comedy duo “Stiller and Meara” along with his wife, Anne Meara, whom he was married to for over 60 years, until her death in 2015.

Jerry was also the father of actor Ben Stiller. In fact, the father and son duo appeared together in several films such as Zoolander, Heavyweights, Hot Pursuit, The Heartbreak Kid, and Zoolander 2.

After “Seinfeld” wrapped up in 1998, a few months later he was back on TV, as the eccentric Arthur Spooner on the hit CBS comedy series The King of Queens. The show became a massive hit and Jerry was part of it for all 9 seasons – he appeared in nearly 200 episodes. The show’s run eventually ended in 2007.

Ben Stiller confirmed the news of his father’s death via Twitter by writing: “I’m sad to say that my father, Jerry Stiller, passed away from natural causes. He was a great dad and grandfather, and the most dedicated husband to Anne for about 62 years. He will be greatly missed. Love you Dad.”

Rest in peace Jerry, our thoughts and prayers are with Jerry’s family, friends, and fans at this tough time. 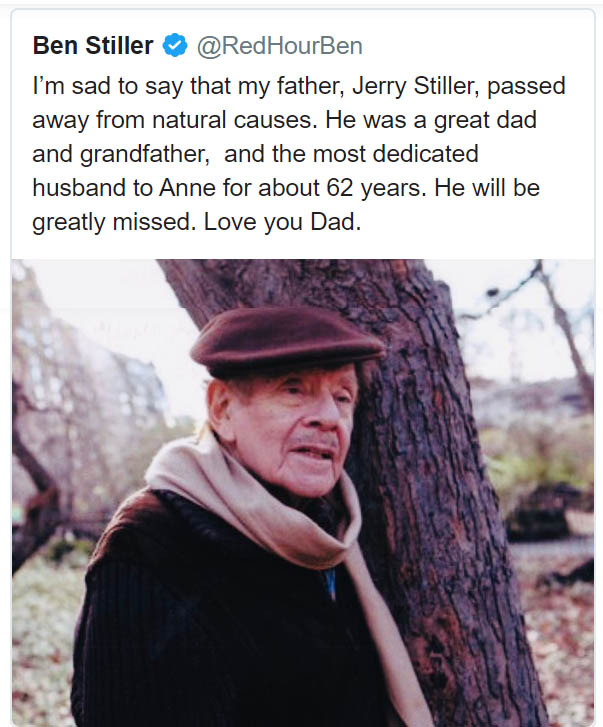