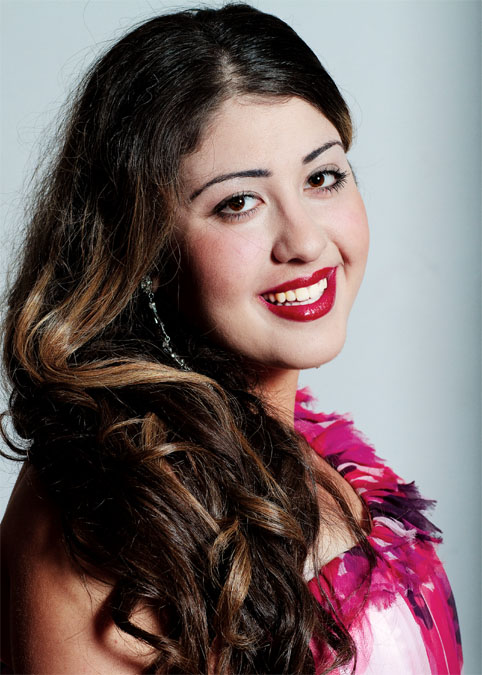 Chances are, if you haven’t heard of Elizabeth Issa yet, it won’t be long until you do. This 18 year old Australian Institute of Music student recently took out the title of Ultimate Winner in this year’s Star Central Magazine ‘Star Quest’ Singing Competition, for 2010. She wowed the audience with her rendition of Jennifer Hudson’s ‘I’m telling you’.

Singing has been a passion of Issa’s since she was eight years old- being selected to sing in the 2000 Sydney Olympic choir as mezzo soprano. Since that fateful day, Issa has performed in a vast array of shows and competitions, including McDonald’s performing arts challenges, musical theatre shows The Pirates of Penzance and Les Miserables, Holroyd and Parramatta city council festivals, the Easter Show and the Victorian Bushfire Appeal at the Riverside Theatre, to name just a few.

A highlight of Issa’s career to date is being selected by Australia’s leading vocal coach Erana Clark, from Australian Idol, to perform as a member of her Elite Singing and Song Writing Workshop, where she was able to produce two original tracks. She also sang as a choir member for the Australian Idol Grand Final for 2009, at the Sydney Opera House. Not too bad for a young woman of only 18 years of age!

“My ultimate goal is to become a signed recording artist,” she said. “I wish to travel and share my music with the world and provide something special to people, no matter what it may be.”

After witnessing her standing ovation performance at StarQuest, as well as her performance at Soul Good, it’s obvious that this young woman won’t have any issues with achieving her dream.

The hardest part of achieving her goal? “(That) would have to be networking,” she said. “Finding the right people and…being heard by new audiences.”

Inspired by artists including Jennifer Hudson, Aretha Franklin and Celine Dion, Issa’s singing style is reflective of a range of genres- including jazz, contemporary, pop, blues and soul. However, at the end of the day, Issa interprets a piece in her own unique way.

“I put (in) my own personal flavour that makes it ‘me’, so when I sing people are able to recognise that it’s Elizabeth Issa singing,”.

Her advice for other singing hopefuls?

“Have a clear vision of your goal,” she said. “Stay true to yourself and any chance given to perform, take it, and sing as if it were your last time.”

Coming from someone who gained the highest HSC score in NSW for both her theory and practical music exams, it’s advice that has obviously paid off for the talented singer.

So what next for the young singer with the big voice?

“I’ve been given a gift in my life, and I intend to use it to the best of my ability- touching the lives of those I have met, and those I am soon to meet as part of my life journey,” she said.

“Each day brings something new, and when my day comes of fulfilling my dream, I will share my gift with the world.”