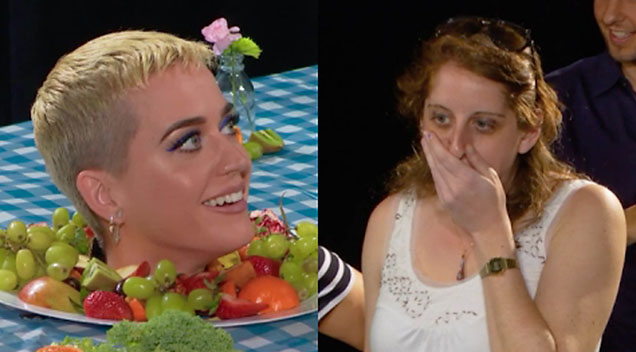 Can you imagine seeing Katy Perry in person… served on a platter??

Katy Perry and Derek Blasberg decided to take a trip to the Whitney Museum in New York City on the latest episode of “Derek Does Stuff with a Friend” to play a prank on some fans. Katy disguised herself as an artwork while Derek guided museum patrons to the very ‘special’ exhibit. The people’s reactions were pure gold.

Check out the hilarious video below courtesy of  Vanity Fair: