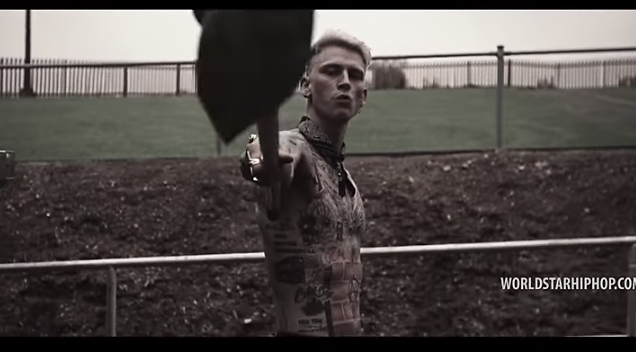 We’re not even a fan of Machine Gun Kelly, but we have to admit, this diss track is dope!

Since then, Kelly claims Eminem has been trying to destroy his career. On Eminem’s latest album Kamikaze, Eminem dissed Machine Gun Kelly in the track ‘Not Alike’ by saying “And I’m talking to you, but you already know who the fuck you are, Kelly/ I don’t use sublims and sure as f**k don’t sneak-diss/ But keep commenting on my daughter Hailie.”

Machine Gun Kelly responded back with a diss track of his own and his response was on fire! Check out the video below courtesy of
WORLDSTARHIPHOP: