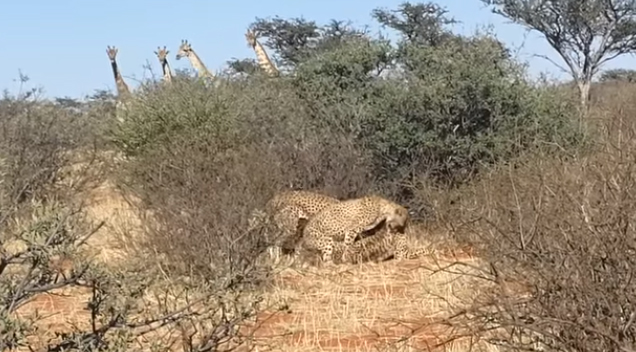 A rare footage has emerged online showing cheetahs having what appears to be a ménage à trois in the wild, as a group of giraffes tried their absolute best to get a closer look.

According to Latest Sightings, the footage was apparently taken at Tswalu Kalahari reserve in the Northern Cape, South Africa. When a group of tourists heard an outcry coming from the direction of the cheetahs, they thought they were just fighting but it turns out these cheetahs were up to some monkey business. When a bunch of Giraffes were passing by – they just couldn’t help but take a look at what was going on.

Check out the video below courtesy of Kruger Sightings: