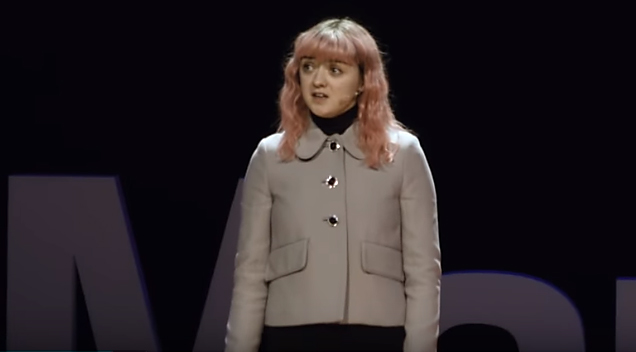 Game of Thrones star Maisie Williams totally nailed her first Ted talk. She’s an actress, an entrepreneur, and an activist. Yet to this day, she has no formal qualifications to her name.

Maisie made her professional acting debut back in 2011 as Arya Stark of Winterfell in the HBO blockbuster Game of Thrones. She was selected among 300 actresses. She tells the story of working on what ended up becoming the biggest television show of all time from the age of 12. She talks about why she thinks right now is the perfect time to build tools for communities and how her platform, “daisie,” will redefine creative collaboration.

Check out the video below courtesy of TEDx Talks: